Hey guys, as we all know Terran is one of those races where their BO is pretty standard all the way up to getting the Orbital Command.

I'm pretty sure all of you are pretty accustomed to the : -
10 Supply Depot
12 Barracks
13 Refinery
15-16 Orbital Command

But I can tell you that with so many styles of play out there it's difficult to stick with one BO and win every single match with it.

However there is one BO which I use on a regular basis as it helps me to not only defend early rushes/pushes but at the same time it opens up to a couple of tech paths which may give an advantage later on in the game.

Once the 2nd Refinery is up and there is enough gas get Stim Packs. After which get the Factory and Starport up ASAP as long as there are no pushes coming up your ramp. (Don't forget to learn Concussive Shells first.)

With this build you can get your Marine-Marauder-Medivac ball in one of the fastest way possible and push out with a deadly force early on. Simply build a Reactor on your Factory while your Starport is going up. After which, switch the Reactor add-on with the Starport and start to double train Medivacs. This is where you can do an MMM drop at your opponent's mineral line. If not just simply expand and macro up.

Always remember if your scouting SCV is unable to get sufficient information in your opponents base throw down a scan after your 1st Mule.

Why is this BO good?
1.) With the 2 Barracks early on you would be able to defend early pressure with Marines and Marauders.

Some of the things that you might be able to defend easily : -
- The 5-7 Roach Rush
- Proxy 2 Gateway (Zealots)
- Proxy Barracks (Marine + SCV all in)

Remember to always build a bunker ASAP when encountering such builds.

2.) If a push doesn't come, your Factory and Starport would be there to give you additional tech paths. 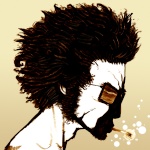 Would like to see a replay against a Zerg if possible. I might throw it into my arsenal of BO's...Lately I've just been doing a lot of 1-1-1 either going straight for banshee harass or doing a 5 rine/1 hellion park/harass into banshees. Also I tend to expand around 26 if I dont see an all-in or and sort of early pressure with this build which is nice. I really need to work on dropship play though

Against Zerg, you might not want to do MMM drops as roaches and banelings can nullify the MMM drop. Instead for drop play go for Blue Flame Hellions or a Thorship.

Looking at the 2-1-1 build when you are against zerg there is a small gap where you can push out with a small bio ball consisting of a few Marines and Marauders, 1-2 Hellions and 2 Medivacs. By then Stim Packs would have been completed and you can push out because at this time Zerg would either be droning up or just getting their Tier 2 units. You need not put any add-ons on the Factory or Starport as this will delay the timing push.

Against Zerg you need to (fake) push earlier. Otherwise they will have a lot of drones and if they are good at scouting they will also be prepared for your push. 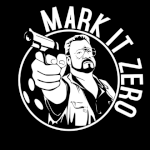 Ya thats what my little rine/hellion push does. Thanks Stingray.

Play differently vs Terran, zerg or protoss. Though all my builds go 1-1-1, either that or 2rax vs zerg, etc. Hellion drops always win. Gotta have good control though.

Is this kinda what your looking for with this build? This was against a 1.1k diamond so nothing to special.

I'm in love with this build btw

Your 2nd barracks is actually very early which is extremely good against zerg. Let them scout your early 2nd barracks as they would be preparing for scv marine all-in and mass out some lings, and therefore slowing down the economy. This build is pretty effective against Zerg!

@ ProAnn : -
This build is actually pretty good for both Protoss and Zerg. As for Terran with the 2 Barracks early it allows you to take your Natural early on and go for a Macro game if your more of a Macro-based player

ah. But against protoss, you dont need 2 rax so early. You could proly delay ur 2nd rax and get orbital at 15?

I agree. Delaying that orbital should have a very good reason. As mentioned fake out Z into building spines and lings instead of drones. Otherwise you are behind in economy with that late orbital.